Across the last 12 months, the real estate market in the Washington, DC area has become pretty hot, especially in desirable neighborhoods. This was particularly apparent in mid-spring of this year, with many examples of sellers receiving multiple offers, and with the final sale price on some from 5% to 20% above what comparables from 9-12 months prior would have supported.

There’s a lot of data put out by various sources about changes in home values and home prices (which should all be interpreted with a statistician’s critical eye – potentially fodder for a future blog post ). Roughly speaking, however, the data for the Washington, DC area suggests that home prices (and, ergo, home values) have increased, on average, approximately 10% in the last year.

You’ll hear a lot of “industry experts” saying “inventory’s really low.” Yes, but what’s actually going on? I dug into the housing market data for Montgomery County and Rockville to learn more…

Homes Listed for Sale Down Slightly

Overall, the number of homes that came on the market in the first half of 2017 is slightly less than the first half of 2016 – down by about 2%. By itself, that’s probably not enough to lead to a big spike in sale prices. But, any decrease in supply, assuming everything else remains the same, will result in at least some increase in prices. 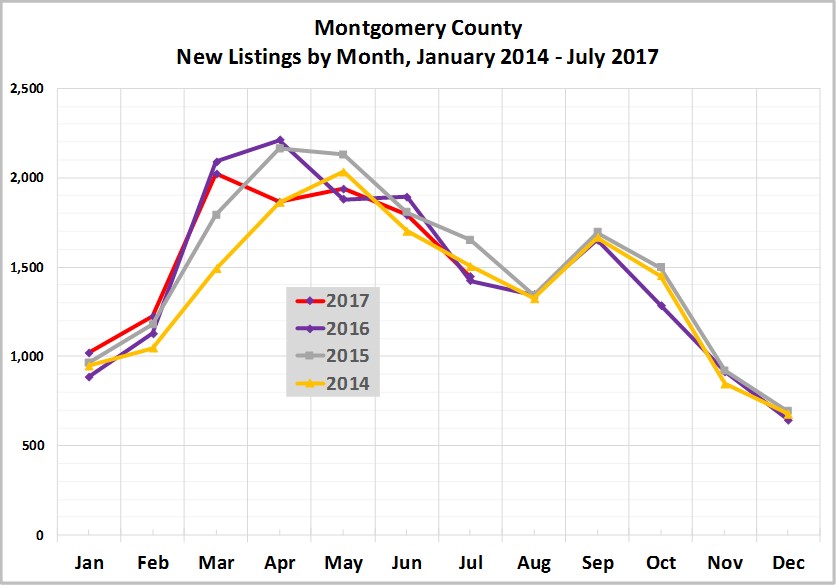 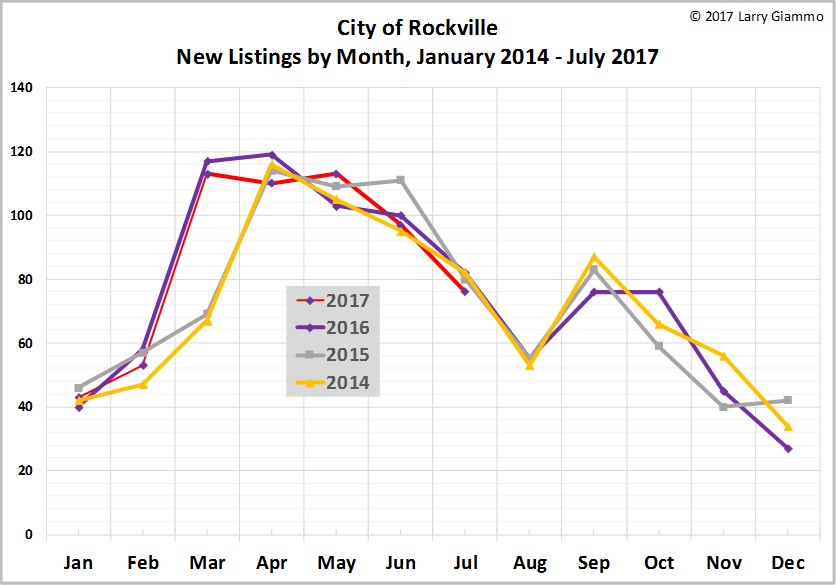 So, slightly fewer people are deciding to sell their homes. Why?

Some speculate this is due to homeowners hoping to time the market. We saw a significant increase in the volume of homes sold in 2015 and 2016 – perhaps a result of homeowners who had wanted to sell earlier, but were waiting for the housing market to more fully recover. And, now that those homeowners who had been waiting have sold their homes, we’re back down to more of a steady-state as far as volume of homes listed for sale. Others speculate the decrease in supply is due to greater uncertainty since the last election – resulting in homeowners deciding to stay where they are, at least for now. I’d hypothesize it’s some of both.

So, supply is down a bit. What about demand?

Employment in the Washington, DC area increased by 1% – 1.5% over the last year. That’s not a big increase, but new jobs means more people moving to the area, many of which will want to buy a home. As with the slight decrease in supply, this slight increase in demand, assuming all else remains the same, would also result in increased prices.

So, demand is likely up a bit. Is there more to the story?

Demand for Less Expensive Homes is Driving the Market

In the Washington, DC area, less expensive homes (to include townhouses and condos) have, in this past year, been much more likely to sell faster and for a higher sale price relative to listing price than more expensive homes.

As an example, consider homes sold in Montgomery County in the first half of 2017, and compare those with an asking price of under $500,000 with those above $1 million.

So, for the most part, it’s been demand for less expensive homes that has been driving the market recently. There is speculation that this demand for less expensive homes may wane across the coming year or so as a result of the current construction boom in rental housing (mainly condos). With more rental units coming on the market, rental rates will likely stay fairly flat, and ultimately make renting relatively more attractive for some who otherwise would have been looking to buy a home (perhaps their first home).

As Always: There’s (Much) More Than General Market Conditions to Consider

To illustrate this, here are my most recent analyses on days on market for the first half of 2017 compared with the first half of 2016, for homes sold in Montgomery County and Rockville. On average, more homes are selling faster this year versus last year, which aligns with the view that the housing market is continuing to strengthen. 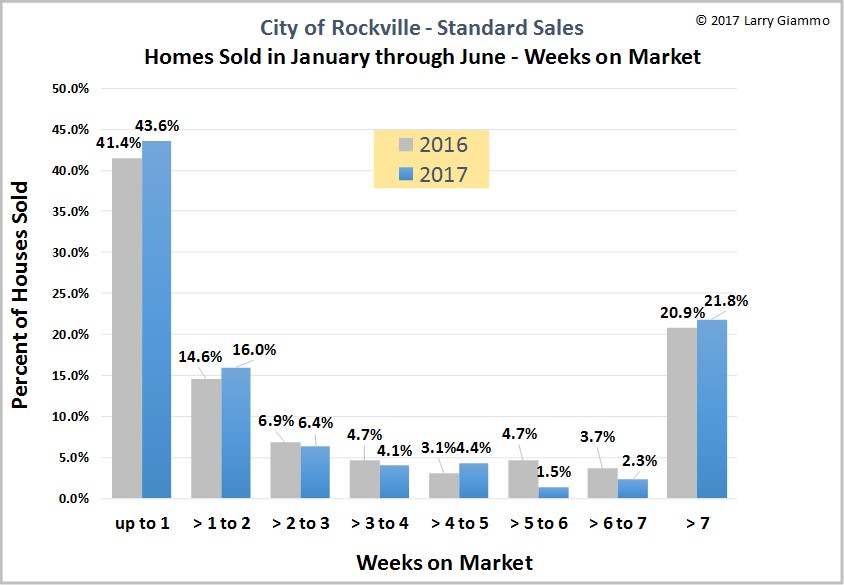 That’s why, when looking to sell or buy a specific home, it’s critical to carefully consider:

Micro-market conditions: There’s the adage that people buy more than a house; they’re buying into a neighborhood. Some neighborhoods are more desirable, others less so. So, for any specific home, to accurately gauge its market value, it’s critical to consider the most relevant and most recent comparables in the same neighborhood.

Home condition: Homes in turn-key condition garner greater attention, and sell more quickly and for a higher price. It’s not to say that a house has to be in turn-key condition to sell it. But, it’s important to price a house reasonably, by realistically factoring in the cost of whatever repairs and improvements that would be important to prospective buyers. And, if a house has serious problems that would be deal-breakers for prospective buyers – for example, structural issues or mold – then it’s advisable to remedy those problems before a house goes on the market.

Home pricing: I’ve written previously about the importance of setting the “right price” (larrygiammo.com/2015/01/08/why-setting-the-right-price-matters). Long story short, if a home is overpriced by as little as just a few percent, expect it to sit on the market. Once a home has been on the market for more than a few weeks, especially if the market is strong, prospective buyers will presume there’s something wrong with the house and/or the seller is unrealistic or unreasonable. As a result, interest among prospective buyers may quickly decline. And, in the end, after lowering the price of the home in order to finally sell it, the sale price that it’ll take to get it sold may end up being less than if the house had been appropriately priced initially.

Welcome to my blog!

If you have ideas or suggestions for blog posts, please let me know. Thank you.